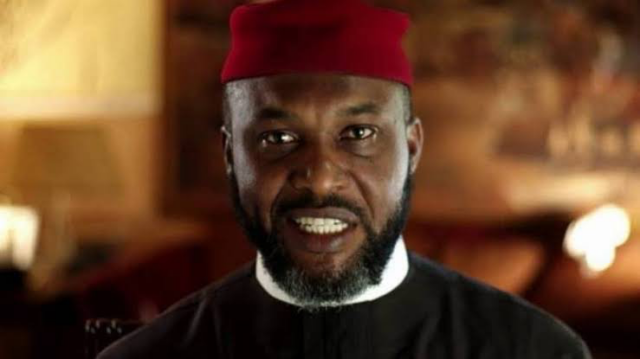 Former Minister of Aviation, Osita Chidoka, has taken to his Facebook to mourn his brother-in-law who died on Saturday, October 15, 2022, IGBERETV reports.

Chidoka revealed that his brother-in-law had visited the Federal Medical Center in Jabi on Friday, October 14, to complain of chest pain, but was allegedly asked to return on Saturday, October 15 because the lab technicians who were to carry out a test on him had closed for the day. Unfortunately, he suffered a cardiac arrest the next day and was rushed to the same hospital where he was pronounced dead on arrival.

According to Chidoka, weak health institution in Nigeria led to his brother-in-law’s death.

“Yesterday, I wrote about the inevitability of death as we approach the fifth decade conscious of the fact that the life expectancy of a Nigerian is 54 years.

Yesterday, he was at the Federal Medical Centre Jabi with a complaint of chest pain. The Doctor who saw him prescribed painkillers and recommended ECG and other tests. At the Lab, they said it was late in the day and asked them to come back today Saturday. He walked to the car and they drove home. Allowing him to go home was a questionable decision.

I couldn’t help but recall, when as a grad student, I walked into Arlington, VA General Hospital with a chest pain complaint. They brought a stretcher immediately and took me to emergency. They ran all the tests and held me fastened to the bed until all the results came and they concluded it was a chest muscle pain.

Early hours of this morning about 5 am he suffered, what we suspect, to be a cardiac arrest. My sister rushed him to the same federal Medical Centre Jabi. A doctor came out saw him in the car and pronounced him dead. They gave her a form and told her to take him to the mortuary. Yes, you read right. They told a grieving woman, who was told without any preparation, to take her dead husband to the morgue.

They did not remove the corpse from the car. Apparently, there is no protocol to receive a patient brought in dead. She was in the car with her dead husband when my Uncle, a medical doctor, arrived. I arrived shortly after. She was in the car crying holding her husband in the car park of the hospital. A hospital they have used for years.

We struggled to get her out of the car before we moved the corpse to the morgue. The hospital did not receive the body formally. No attempt at separating a wife from a corpse. No official record of the review that pronounced him dead. They did not counsel her or even empathise with her. It was not a medical failure; wrong diagnosis or lack of treatment. It was a process and cultural failure. Something has gone wrong with our humanity and sense of empathy as a people.

I advise, go for regular medical checkups. Have a primary health physician who knows you personally and has your history. Your primary physician is likely to be the difference between life and death. Our institutions are weak and our public servants are neither public-minded nor interested in service.

Together with the departed, we pray for God’s mercy and love upon us all. Amen.