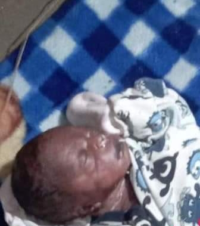 GRASSROOT REPORTERS learnt that the baby was dumped by an unknown person suspected to be the mother on Tuesday night, March 1 where it was found by scavengers, popularly known as ‘iron condemn’, who raised the alarm. 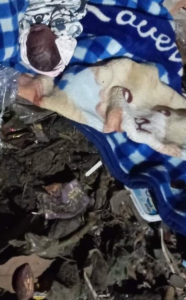 GRASSROOT REPORTERS’ correspondent who visited the scene, reported that the baby was wrapped in a blue blanket.

Sources who spoke to our correspondent said the baby may have died before he was dumped by the yet to be identified mother.

Police Descend On Three Journalists In Delta; Brutalize Them In The Presence Of Their DPO

Police Descend On Three Journalists In Delta; Brutalize Them In The Presence Of Their...

Police Descend On Three Journalists In Delta; Brutalize Them In The...