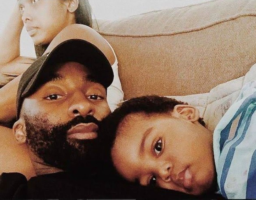 Many South Africans have been mourning the death of the award-winning musician Riky Rick, ever since he passed away on Wednesday due to an alleged suicide. And lately, it has been reported that the musician has left a suicide note for his wife Bianca, and his kids. The screenshot of the alleged suicide note has been doing the rounds on social media ever since it came to light. 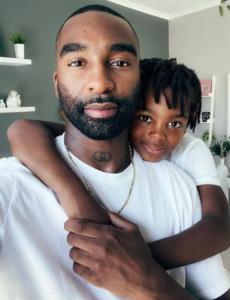 Many South Africans and the world have been mourning his death ever since it was reported by his spokesperson that he passed away. The entertainment industry, especially the music side has lost a legend-in-the-making according to my opinion of how this musician handled himself.

As I’ve mentioned that according to reports, the award-winning rapper riky Rick reportedly left a suicide note. And a suicide note was allegedly leaked by a local publication detailing the information that Ricky Rick left a chilling suicide note for his wife Bianca and their children.

Below is the screenshot is taken from the suicide note that has been doing the rounds on social media. You can read all about it on the screenshot below as it starts by saying “Dear Bianca” who is Ricky Rick’s wife.

According to the screenshot as you can read you can see that the rapper allegedly talks about a pain that is too much for him, and he doesn’t blame his wife for the pain because she gave him more love than he deserved as he says.

He further apologize for being the one who gives up but the pain was feeling too much for him to deal with. He further talks about the voices in his head that never went away and he wished that he was strong, but according to the screenshot, he said he was not strong enough and he asked for his wife to forgive him.

He further left a message for his son.
The award-winning rapper asked his son to follow his passion, and this is what he had to say, “Follow your passion, my son. The world is better than you can ever imagine. I love You.”

And lastly to his son Jordan:
he further went on and send another message to his other child Jordan, and this is what he had to say to him, “Jordan, the best thing that ever happened in my life. You taught me so much about life. Thank you for being so good to me. Thank you for being such an inspiration to me. I love you.” 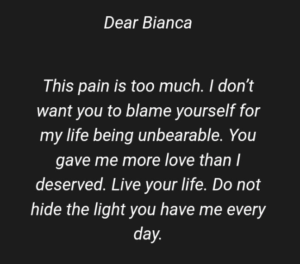 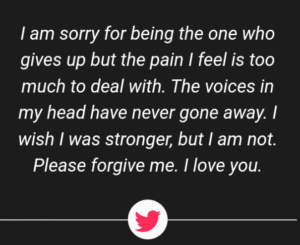 As men, we should learn to speak up about what is bothering us than bottling it inside because this leads to family’s left broken just as it has with Ricky Rick’s family.

May his soul rest in peace!!