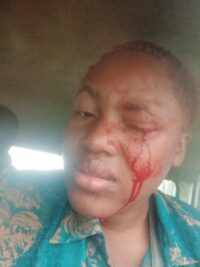 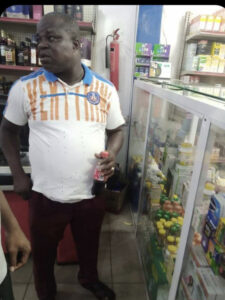 A lady simply identified as Esther Udoh is on the verge of losing her right eye after an encounter between a LASTMA official and a vehicle that she boarded. 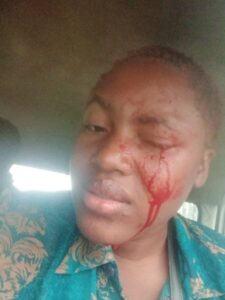 Focus Naija can report that the ugly incident occurred on the 19th of January, 2022 at Jibowu while the driver of the vehicle was trying to maneuver his way through traffic. 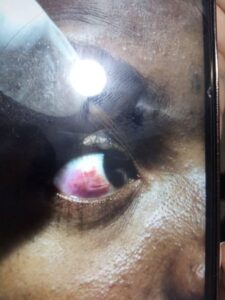 Narrating the ugly incident on social media, she said the LASTMA official used a stick to hit the side mirror of the vehicle and unfortunately glass particles from the broken mirror fell into her eye and injured her sclera. 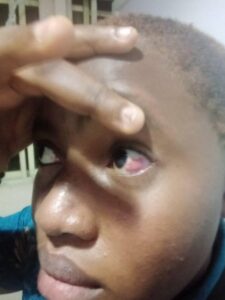 She is currently waiting to undergo surgery at the Lagos State University Teaching Hospital to escape total blindness of the affected eyeball. 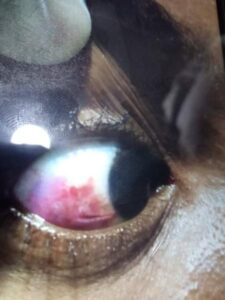 There was traffic,trust Lagos drivers to misbehave now,he overtake..angry lastman hit the driver’s side mirror with stick.

Before I know broken glasses everywhere in the bus,I became the unfortunate and this happened,blood and water flowing of from the cut on the sclera.

My sclera is injured, According to the doctor I escaped blindness.

My Cornell is not touched but if you check the picture closely,na small remain.

Tommorow,I’m going under machine for complete check up.

7days to my birthday and this is happening,I hate this omen

I’m grateful it’s not more than this,cause how I for explain give my mama?

To say both the lastman and Driver were fighting for nonsense right.

The hospital I first went to before I got refered to LUTH,they screamed saying..I’m the second person today from same story.

That is the lastman are to be blamed right?

Hitting the driver’s mirror is that part of there training?