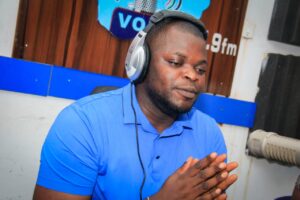 My name is Amb. Ugagaoghene Ogheneyole, the Director General of Revive Africa Initiative.

As we step into 2022, the uncertainty over our state of security continues to heighten with little or no hope of nipping insecurity in the bud, I am constrained to make this call as a way of contributing my quota to finding a lasting solution to insecurity in Nigeria.

You can not send a police officer or any other security agent to engage terrorist with the current situation of their welfare and expect their morale to be high.

An average police man is just covered by the NHIS which carter only for just basic health challenges yet you send them to very dangerous terrains where they face life threatening realities on a daily basis. When they are seriously injured from engagements with terrorists and bandits you leave them to suffer their faith while public officers get abroad medical allowances.

There should be a well structured and properly funded comprehensive police and security officers life and medical insurance coverage that carter completely for any degree of injury sustained on duty or resulting from their service to our Nation. This insurance package should also cover for the education of officers children to atleast first degree when they die on duty, a monthly welfare support for an officers spouses who lost their husbands or wives in active service.

Today we have police trust fund but no one is monitoring the trust fund to see that the needful is done as at when due, it has become another failed project which exist only in paper not action. The trust fund is supposed to amongst other thing provide a retiring officer with survival fund and cover his reintegration package into the society at retirement and through partnership with the federal ministry of housing, develop police officers housing scheme to enable a retiring officer retire to his own house. The federal government should put an eye on the trust fund and make it serve its purpose.

On the issue of salary increase, this administration since 2016 has being promising an upward review of the salary structure of police and other security agencies but up till date none of such proposed review have been implemented.

How then do you expect a hungry police officer who’s children have been chased out of school and is owing house rent to be committed and dedicated to the service of this nation without blemish. This is chiefly the major reason for extortion and corruption in the police force.

Civil Society Organizations and opinion moulders should begin to add their voices to this conversation if we hope for an improvement in our Nation’s security.

The Video circulating on social media about the IG’s visit ACP. Dauda Fika who was the commander of a mobile police team deployed to fight boko Haram, shot twice in the line of duty leading to spinal injury and eventually blindness speaks it all. As at the time of the report, a man who have served the police force for years and risen to the rank of ACP could not boast of his own house. No comprehensive health insurance, family members have to sell family properties to seek proper medical care for him. While we commend the visit of the IG and the pledge to build him a house, what about several injured offices across the nation who the IG may not be able to reach? A well structured comprehensive life and health insurance scheme is the only way to get them the best of care expecially when they sustained these injuries serving our nation expecially wen elected officers are giventhe best of medical attention abroad with public funds.

The Officers of the Police force and other security agencies can only be better motivated and inspired to win the war against insecurity when they are confident that the nation they are sacrificing for have their backs.

Sunday Igboho Has Landed In Serious Trouble, Where Are Those Engineering Him