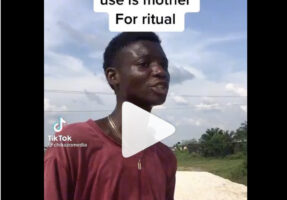 Mothers and vulnerable women generally are now lab rats that desperate youngsters sacrifice on the altars of rituals just to get money.

Focus Naija can report that a yet to be identified young man was captured on camera vowing to use his mother for ritual so he can buy Benz for his father. 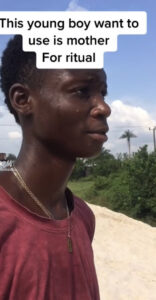 Sad as it may sound, when queried further to the displeasure of others present at the scene, the young man said he can repeat the statement in the presence of his mother, saying he wants to invest heavily on his father. 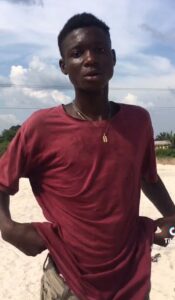 He disclosed that he doesn’t mind been alive for only two years if he can get the opportunity to sacrifice his mother.

Our correspondent calls for caution on the part of those that know the boy because out of the abundance of the heart, the mouth speaks. 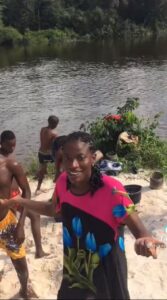 The other one that was caught strangling his mother so he can pluck out her eyes for rituals also bragged about buying an exotic vehicle the following week. If the mother doesn’t work for the ritual, it may require an alternative which puts them at risk of being offered in her place.