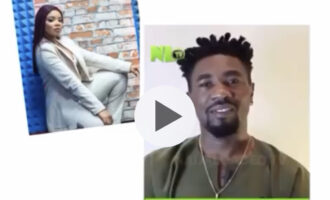 Ex-BBNaija Housemate, Boma Akpome has denied knowing Queen, a fellow housemate of the Season 6 edition of the reality show.

Focus Naija can report that he made the disclosure recently during a media chat with NaijaloadedTelevision.

The interviewer had asked Boma to describe Queen in one word and he replied thus;

Exclusive: How Wife Caught BBNaija Maria With Married Lover In Their Matrimonial Home