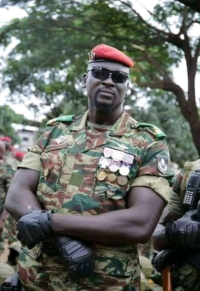 Meet the new face of Guinean leadership.
His name is Colonel Mamady Doumbouya, he was born in Kouroussa republic of Guinea. 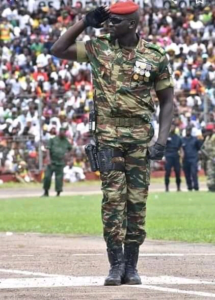 He was trained by the French military in France and he was called in 2018 by Alpha Condé to head a new unit he created and called them The Special Force to the president. 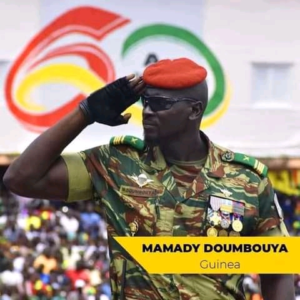 He is the one who led the coup in Guinea this morning September 5 2021.

During the coup, he arrested and detained 83-year-old President Alpha Condé who won a Controversial third-term presidential election in Guinea.

Mamady said that the economic hardship in the country among other things pushed him and his team to come to the aid of the people of Guinea.

He has announced a dissolution of the constitution and the Condé government.

Below is a video of Mamady’s addrress after he seized power.