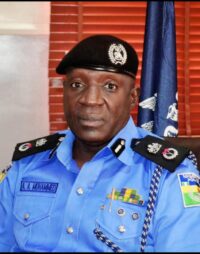 The Delta State Police Command in swift response has arrested the ring leader of the hoodlums that attacked a police checkpoint in the early hours of Wednesday, 26th May, 2021.

Focus Naija can report that during the attack, the hoodlums killed a policeman and set their patrol van on fire at Akwukwu-Igbo, Oshimili North Local Government Area of the state. 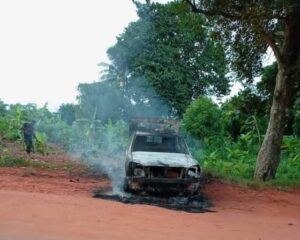 It was also gathered that the colleagues of the deceased officer that were on stop and search duty escaped with varying degrees of injuries.

Confirming the arrest of the ring leader, the acting Police Public Relations Officer, DSP Edafe Bright disclosed that the attack was carried out by hoodlums from the community.

It was an attack perpetrated by some hoodlums from akwuku-igbo community, they killed one of our personnel, but the good thing is that, the ring leader has been arrested and currently in custody, investigation is on

The Policeman That Was Killed By Teargas Explosion In Ebonyi (Photos)

Farouk Yahaya: 7 Things You Must Know About New Chief Of Army Staff

The Policeman That Was Killed By Teargas Explosion In Ebonyi (Photos)