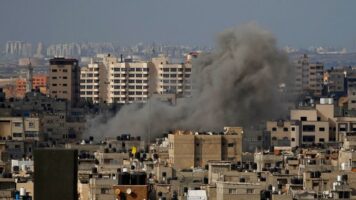 Israel and Hamas have agreed a ceasefire after 11 days of fighting that have left more than 200 dead – the vast majority of them Palestinians.

Hamas said the truce would begin at 2am on Friday (midnight UK time), but Israel did not confirm the time.

The breakthrough came a day after US President Joe Biden called for a “significant de-escalation” and followed mediation bids by Egypt, Qatar and the UN.

Speaking from the White House after the ceasefire was announced, Mr Biden sent his “sincere condolences to all the families, Israeli and Palestinian, who have lost loved ones” in the fighting.

Mr Biden said Israel’s Iron Dome defence system, developed in collaboration with the US, had saved “countless lives” since the crisis began and that he’d pledged his “full support” to Mr Netanyahu to help replenish it and ensure his country’s security in future.