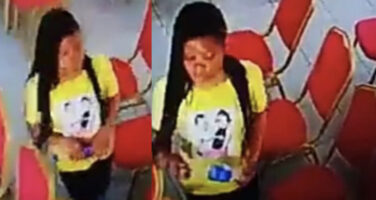 A beautiful lady was captured on CCTV while stealing a phone inside a branch of the Living Faith Church, A.K.A ‘Winners Chapel’ located at Edjeba in Warri, Delta State 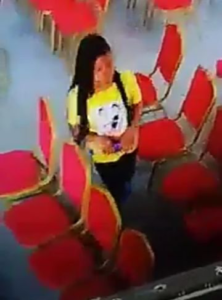 She was caught on Sunday morning immediately the first service ended. 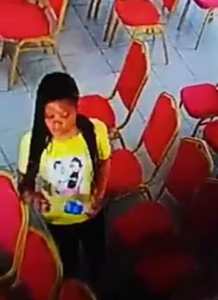 As captured in the footage, the girl could be seen going up and down in surveillance and when she noticed that no one was looking at her after the fourth try, she snatched the phone and put it in her back pocket and hurriedly left the church with a sense of mission accomplished.

Meanwhile, a male church member, Igho who was there to charge his phone was suspected of been in possession of the missing phone before the footage proved his innocence.

Video Of The Massive Sized Python Killed In Winners Chapel

Politicians have a lot to learn from church leaders – Osinbajo