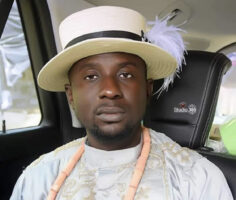 Focus Naija reports that he was shot dead at close range by gunmen driving in a white Venza vehicle.

Daddy K was killed on Saturday evening along the Crudas axis by Akintola Lane in Sapele, Delta State.

Until his killing, Okiemute Sowho was the special assistant to Governor Okowa on youth development and was reportedly building an upstair close to Solodem Plaza in Sapele.

May his soul Rest In Peace.