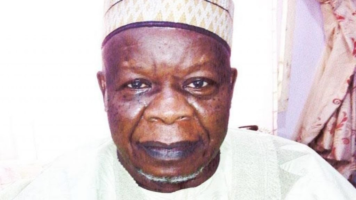 Mr Birma who was also a presidential aspirant under the defunct All Nigeria Peoples Party (ANPP) died on Tuesday.

His son Musa Birma wrote an emotional message on Facebook.

“Innalillahi wa inna ilaihin rajiun, I lost a part of me that can never be replaced. May Allah forgive your sins and grant you janna,” he wrote.

The deceased celebrated his 80th birthday in July last year.