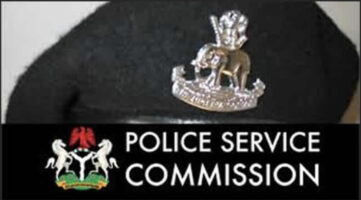 If a change in law being planned for the country scales through, those who want to join the Nigeria Police Force either as constables or cadets will henceforth possess minimum qualification of National Diploma.

The current minimum requirement for constables is Secondary School Certificate.

Apart from academic qualification, prospective constables or cadets will also be expected to have undergone and passed medical tests that will include psychological and mental tests.

These are parts of the highlights of a law being worked on by the National Assembly to reform the police and the Police Service Commission.

Federal lawmakers privy to the arrangement told journalists in Abuja on Sunday that the House of Representatives, in line with its Ninth Assembly Legislative Agenda, is carrying out the amendment in conjunction with the executive arm of government.

The lawmakers said the Nigeria Bar Association and the National Human Rights Commission have inputs into the proposed piece of legislation.

It was gathered that some stakeholders from the three arms of governments and others will be meeting in Abuja on Wednesday ahead of the presentation of the document in form of a bill on the floor of the House of Representatives.

“One of the major changes will be that the PSC shall provide regulations from time to time, stipulating the procedure for recruitment of recruit constables into the Nigeria Police Force and recruit cadets into the Nigerian Police Academy.

“The minimum qualifications for recruit constables into the Nigeria Police Force and recruit cadets into the Nigerian Police Academy that we are proposing are an Ordinary National Diploma; being a Nigerian citizen with no records of criminal conviction; and having met medical standard entry requirements (including psychological and mental health requirements).”

The proposed bill will also be seeking to increase the number of members of the PSC to nine, including the chairman who shall not be more that 55 years old at the time of the appointment.

Members will include a woman who has experience working in the area of sexual harassment and gender-based violence; a youth who should not be more than 35 years of age; a retired police officer not below the rank of Commissioner of Police; a retired justice of either the Court of Appeal or Supreme Court, as well as a representative each of NHRC, NBA, Independent Corrupt Practices and other related offences Commission; and Civil Society Organisations.

Trending Video Of Pastor’s Wife Fighting With Daughter Of Deaconess

Farouk Yahaya: 7 Things You Must Know About New Chief Of Army Staff