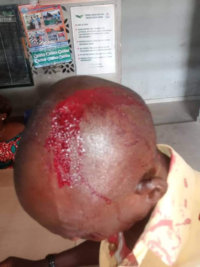 An officer of Lagos State Traffic Management Authority (LASTMA) on Sunday was attacked by pedestrian touts at Jakande area in Lekki.

According to an eyewitness, the officer was controlling traffic while the man sitting wanted to cross the road. 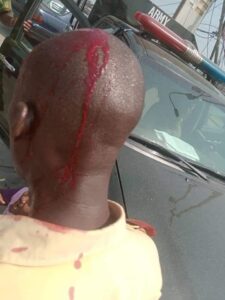 It was gathered that the pedestrian approached the officer to stop the vehicles for him to cross the road, a request which was blatantly objected.

The officer whose name is yet to be identified as at press time asked the man to use pedestrian bridge not too far from the spot.

The man refused to use the pedestrian bridge, threatening the officer, and a lot of altercation came to play.

The man was heard saying officers will soon be chased out of the road just the way police officers were chased out.

It was further gathered that two unknown men joined the pedestrian to attack the officer. The officer ensured he held on to one of them who was later arrested with the help of soldiers.