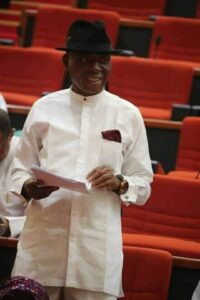 Grandfather of the Nigerian Senate, Senator James Manager has hurriedly disposed off the tricycles under his custody to party loyalists as empowerment. 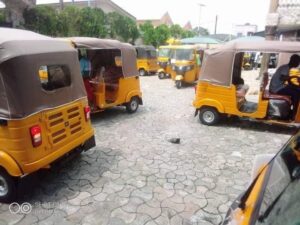 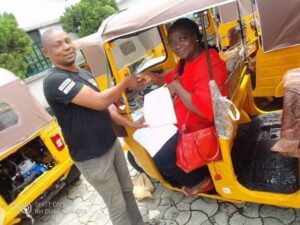 Recall, the Ibadan home of Senator Teslim Folarin was invaded over the weekend by looters disguised as protesters who carted away 350 motorcycles, 300 deep freezers and other empowerment materials from his residence. 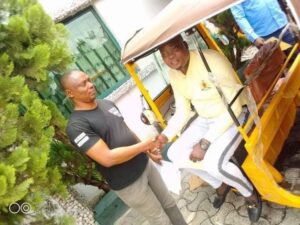 Also attacked were the homes of serving and past senators in Cross River and several top notch politicians nationwide. 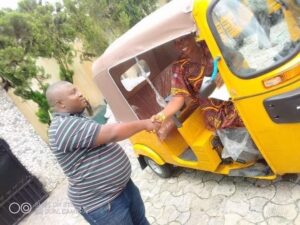 Meanwhile, The Nation reports that the Special Military Task Force, Operation Safe Haven (OPSH), maintaining peace in Plateau State has arrested 30 suspects for vandalising and looting valuables at the Jos residence of former Speaker of House of Representatives, Yakubu Dogara.

Commander of the task force Maj.-Gen. Chukwuemeka Okonkwo paraded the suspects before reporters on Sunday in Jos.

He said the surprising aspect of it was that women outnumbered the men in the looting exercise.

According to him, 13 males and 17 females were arrested at the house.

Okonkwo, who described the act as criminal, said the suspects violated the 24-hour curfew imposed on some parts of the state by the government.

“This is purely an act of criminality. Vandalising and looting government property and that of private individuals is criminal.

“So, we cannot sit down and watch miscreants looting public and private properties in the state,” he said.

The commander said the suspects would be handed over to the appropriate authority for prosecution.

Items recovered from the suspects include: eight grinding machines, two unassembled tricycles, one tricycle engine and one bale of clothing materials.

The task force had earlier arrested 123 suspects for vandalising and looting items from private businesses and government properties within Jos.