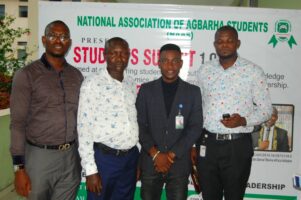 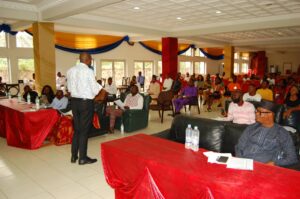 Members of the National Association Of Agbarha Students (NAAS) became the latest beneficiaries of Revive Africa Initiative’s outreach books after receiving a donation of 70 copies of “Practical Guide For Personal and Professional Leadership Growth” and “The Pathfinder”.

The donation was made on Saturday by the Director General, Ugagaoghene Ogheneyole who was a guest speaker at the Students Summit 1.0 held at the power of faith multi-purpose hall domiciled in the Michael and Cecilia Ibru University in Agbarha Otor and distributed by the organizers to participants of the summit on a first come, first serve basis.

The event which was tagged “21st century students/youths and academics, entrepreneurship, politics and leadership” had Ugagaoghene speak on “Youths and Leadership”, defining the latter as the ability to set goals for oneself and achieve them by working with people. 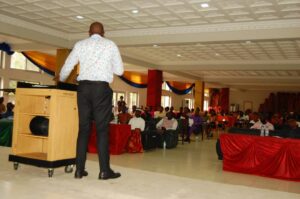 He went further to demystify several myths about leadership, occasionally charging the students on how leadership announces and distinguishes them from others to become relevant. 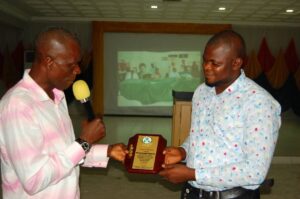 Climax of the event was the presentation of an award of excellence bestowed on Ugagaoghene and a host of other speakers that graced the event. 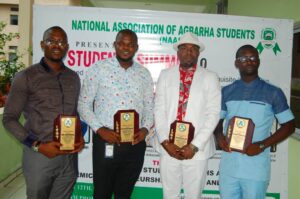 Flooding in Oyebanjo Street, Ketu Lagos Took Two Kids That Are Yet To Be Found (Photos)

Daredevil Kidnappers That Abducted Mother Of Two From Ughelli, Apprehended In Burutu (See Their Faces)