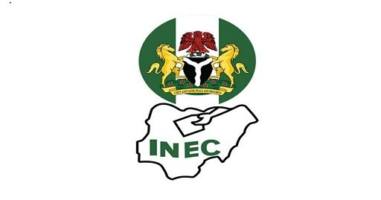 The perception that Nigerian elections are usually rigged, has for long been a subject of general consensus. It would therefore be unfair to blame those who are apprehensive that the Edo election scheduled for next Saturday would be rigged.

Interestingly, even if the contest turns out to be free and fair, many would still see it as a miracle bearing in mind the posture of the present Independent National Electoral Commission, INEC towards the deployment of technology for elections.

Any analyst who has watched our elections since 2015 must have been left to ponder over what the commission understands to be today’s global best practices in the conduct of elections.

With only 6 days to the Edo polls, it is surprising that the priority of INEC is the deployment of several national and resident electoral commissioners to the state as if a state requires more than one commissioner.

While it is bad if INEC is unaware that the problem on ground cannot be solved at the level of commissioners, it is worse if she knows but seeks to engage in circumlocution.

The issue on ground is institutional integrity and credibility of our election umpire. How for instance, has INEC dealt with the revelation that the resident electoral commissioner in the same Edo state is a politician?

When the allegation was first made public, some people assumed it was false hence INEC ignored it. Rather than the expectation of denial of the allegation, the official spokesman of the commission said on national television last Thursday that the matter is not for INEC to handle because electoral commissioners are appointed not by the electoral body but by the President and the Senate.

In other words, INEC would accommodate any person whether a devil or indeed a dead person provided the appointment was made by the appropriate authority.
We believe, however, that the commission should have first doused public apprehension by deploying the affected person from an active location while drawing official attention to the anomaly. If not, how can the public be confident that INEC commissioners most of whom people felt were of impeccable character are not similarly tainted?
Painfully, INEC also shifted blame to the public for allegedly not raising objections to the appointment during screening and confirmation. The argument is weak because whether people objected or not, a person with a partisan background can never be seen as a credible referee.

At whatever point an alarm is raised, steps ought to be taken to recuse the appointee from the impartial team which the public sees as Caesar’s wife that is above board.

The sentimental calls for the redeployment of an otherwise innocent Amina Zakari during the 2019 elections was supported by many only for the sake of electoral credibility.
Again, public participation in the clearance of appointees for office, is not encouraged because our Senate has since placed the subject on an instant ‘bow and go’ system. Thus, many appointees in Nigeria carry along with them to their offices, ample legal disability which should never happen to an electoral commission.

Perhaps a more objectionable phenomenon is lack of credibility of operations. Although Nigerians have consistently pleaded with our election managers to do what is done elsewhere to take us out of the cycle of failed elections, they seem obliged to repeatedly do the same thing while assuring the public of better days ahead.

When INEC announced plans to introduce what it called Z-pad and election viewing portal to enhance the credibility of elections, many including this columnist applauded her. While the Z-pad would enhance voter biometrics, the portal would display results at every unit making subsequent alteration almost impossible.

The new frustrating position is that INEC has withdrawn the Z-pad for Edo election thereby returning us to the old situation where politicians used unclaimed PVCs to record fake votes for themselves.

claim by INEC that the portal will still be deployed is bogus because she knows full well that the portal cannot identify fictitious votes but would accurately display ALL votes. Without the Z-pad, the portal is a smokescreen.

The withdraw of the Z-pad, makes it the second time since 2015, that INEC would dash hopes by putting aside technology which she made the nation invest huge sums into for both the procurement of materials and training of officials.
What our people anxiously desire now is an open system and not the old hide and seek game in which the commission allows election malpractices to occur behind the scenes, before coming out openly to read the resultant convoluted figures in front of television cameras. This mischief was probably why former President Goodluck Jonathan called for e-voting in Africa last week.

Politicians who argue that Nigerians are not advanced enough for the reform didn’t make same claims when e-passport was introduced to stop fake travellers, or when e-salary system was adopted to stop ghost workers.