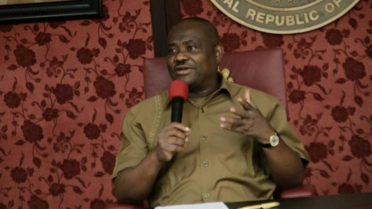 The National Working Committee (NWC) of our great Party, the @OfficialPDPNig has approved the composition of the Edo State Gubernatorial National Campaign Council for the upcoming election in the State.

The membership of the Campaign Council is as follows:- pic.twitter.com/ri9AMJABfG

Congratulations, @GovWike on your appointment as Chairman of Edo State Governorship Election National Campaign Council of our great party, @OfficialPDPNig.

So, Atiku Abubakar congratulated Gov. Wike but it appears the governor wasn’t really impressed with the message so he simply told him “Thanks” in a non patronizing way.See the reactions of Nigerians;

Saraki Slams APC For Linking Him With Hushpuppi