In reaction to the sack of David Lyon by the Supreme Court and the declaration of the PDP candidate, Diri Duoye as Governor-elect, angry APC youths in Yenagoa, Bayelsa State capital has set bonfire on the road ahead of inauguration of New Governor tomorrow.

The youths, making a born-fire blockade of the convoy en route inauguration venue in the state capital, dared them to come while chanting; “No David Lyon, no governor” 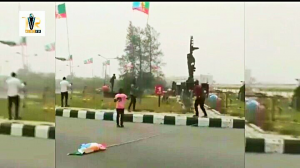 No David Lyon, no governor – APC Youths in Yenagoa, Bayelsa State capital set bonfire on the road ahead of inauguration of New Governor tomorrow 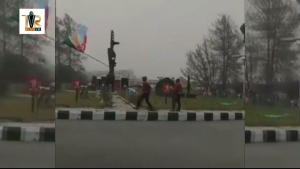 Earlier, thugs had destroyed APC flags that were hoisted in front of the Bayelsa state Government House after the Supreme Court declaration that sacked David Lyon. 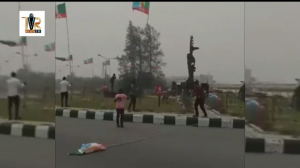