The National Leader of the All Progressives Congress (APC), Asiwaju Bola Ahmed Tinubu has finally reacted to the emergence of ‘Operation AMOTEKUN’ in the Southwest. 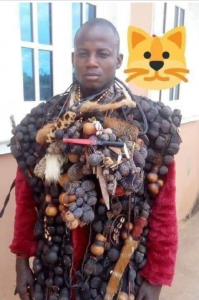 Speaking to newsmen, Asiwaju Tinubu said ‘Operation Amotekun is a good innovation but it is not what the Southwest need.”, he quoted as saying by Voice of Nasarawa.

Tinubu’s statement came after he was given a 24 hour ultimatum to state his position on ‘Operation Amotekun.

It would be recalled that the security outfit, AMOTEKUN was declared illegal by the Attorney General of the Federation, Abubakar Malami.

Tinubu’s Health: Every Individual Has His Own Percentage Of Illness – Olusi