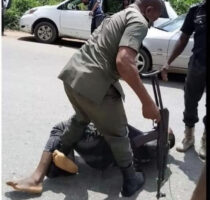 A commercial bus driver that operates along Owerri-Nta road was reportedly stripped naked by Nigerian police officers in Imo State. 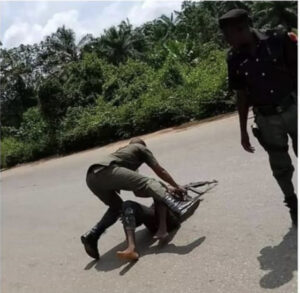 According to reports by an online news media, trouble started when the transporter refused to offer the usual bribes. 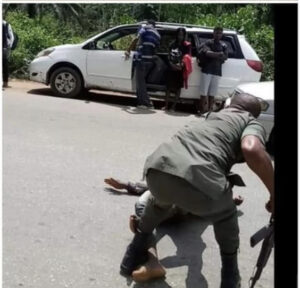 His refusal to remit infuriated the officers who reportedly descended on him and stripped him in the trending photos. 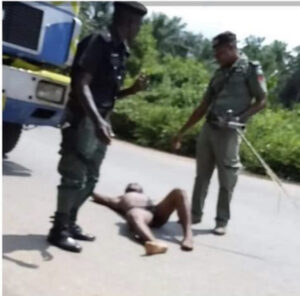 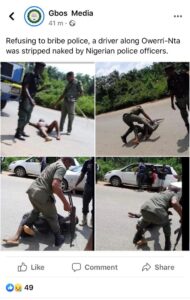 Efforts to reach the Imo State Police Command for comments over the reports proved abortive. 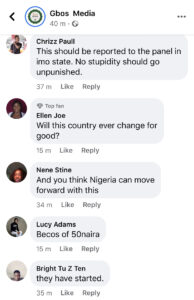 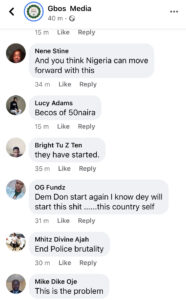 Sue Me Or Shut Up – Tuface Tells Blackface